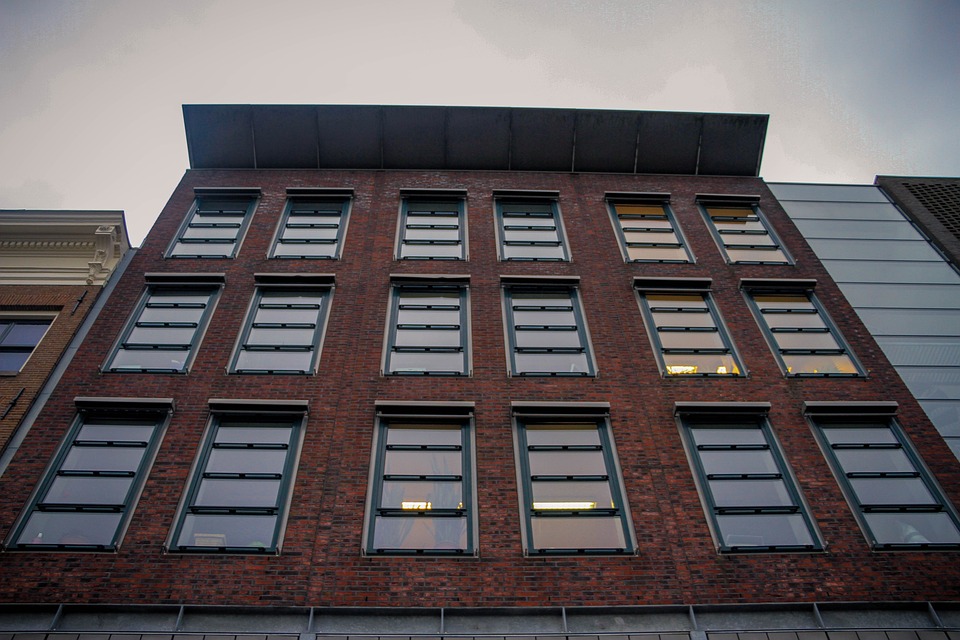 The Diary of a Young Girl tells the story of Anne Frank's family who lived in Frankfurt and having to flee to Amsterdam, Netherlands when Adolf Hitler and the Nazi Party gained control over Germany.
Anne Frank was a young Jewish girl who lived and died during the Holocaust of World War II which saw the murder of 90% of Polish Jews and two-thirds of the Jewish population of Europe in Nazi concentration camps as part of Hitler's evil "Final Solution."
Auschwitz was Nazi Germany's largest concentration camp and extermination center. Anne Frank was just one of those victims of the genocide.

Anne Frank (Annelies Marie Frank - 12 June 1929 - c. February 1945) was a German girl of Jewish heritage who became a victim of the Nazi Holocaust.
She gained posthumous fame with the 1947 publication of The Diary of a Young Girl (Dutch: Het Achterhuis - English: The Secret Annex), in which she documents her life in hiding from 1942 to 1944, during the German occupation of the Netherlands in World War II.
The Diary of a Young Girl is one of the world's best-known books and has been translated into 70 different languages as well as being brought to life through movies and plays.
Born a German national, in Frankfurt, Germany, Anne lost her citizenship in 1941.
She and her family were forced to move to Amsterdam, Netherlands in 1934 at the age of four as a result of Hitler and the Nazi Party's persecution of the Jews in Europe.
From 1933 to 1942, Anne and her family lived a happy life at Merwedeplein square in Amsterdam, Netherlands.
Her father, Otto, was a Jewish businessman while her mother, Edith, stayed home to take care of Anne and Margot.
The girls went to school in Amsterdam, and had to learn Dutch.
Anne had many friends and enjoyed playing table tennis and dancing with them.
She spent her free time reading, writing and riding her bike.
Anne also had a fascination with the British royal family and Hollywood movie stars.
Then, in May, 1940, the German occupation of the Netherlands began and Nazi persecutions of the Jewish population increased by 1942.
On the 5th of July, 1942, Anne's sister, Margot received a "call-up" to report for a so-called "labor camp" in Nazi Germany.
Her parents were suspicious about the "call-up" and realized they had to go into hiding in order to escape the Nazis.

The Frank family along with three members of the Van Pels family and Fritz Pfeffer, a dentist, decided to hide in a concealed Secret Annex behind a bookcase in the building of Otto Frank's business.
Otto informed Miep Gies, his secretary and a close and trusted friend of the Frank family that he and his family are going into hiding and asked her if she would be willing to help them.
Miep immediately offered her support after seeing trucks loaded with Jews every day heading to the railway station to be taken to Nazi concentration camps.
At their apartment, close to the Merwedeplein where the Franks had lived before going into hiding, Gies and her husband also hid an anti-Nazi university student.
Anne was just thirteen when she and her family went into hiding.

Hermine "Miep" Gies (née Santrouschitz; 15 February 1909 - 11 January 2010) was Austrian by birth, but in 1920, at the age of eleven, she was taken in as a foster child by a Dutch family in Amsterdam to whom she became very attached.
In 1933, Gies began working at Otto Frank's Opekta business which manufactured products used for making jellies and jams.
With her husband Jan and other Opekta employees, Victor Kugler, Johannes Kleiman and Bep Voskuijl they helped hide the Frank family, the van Pels family and Fritz Pfeffer in the upstairs rooms of the company's office building on Amsterdam's Prinsengracht from 6 July 1942 to 4 August 1944 while they kept the daily running of the business as usual.
Gies would purchase food for the people in hiding from several grocery shops and markets on a regular basis and never carried more than one shopping bag or what she could hide under her coat.
Her husband Jan (who belonged to the Dutch resistance), helped by providing ration cards that he had obtained illegally to provide food and other supplies to the upstairs prisoners.

Life for the eight people in the upstairs apartment, which Anne Frank referred to as the Secret Annex, was tense.
They lived in constant fear of being discovered.
They could never enjoy the freedom of the outdoors.
They had to remain quiet during day to avoid detection by workers in the warehouse below.
During those two years of hiding in the Annex had changed Anne's feelings where she now appreciated even the smallest beauties of life, like the sun and the sound of birds.

From then until the family's arrest by the Gestapo in August 1944, Anne kept a diary she had received as a birthday present, and wrote in it regularly.
She named her diary, Kitty, her favorite, imaginary friend.
During the two years hiding from the Nazis, Anne wrote about her feelings and emotions in her diary and to record about events in the Secret Annex.
She wrote short stories, started on a novel and copied passages from the books she read in her Book of Beautiful Sentences.
She reflected back on her life before coming to the Annex.
She noted that her life was heavenly but lacked real meaning.
And, she recounts about her carefree days at school but, she does not miss them.
Anne also records her perspective of the other inhabitants of the Secret Annex, her feelings of loneliness and her frustrations.

Anne's diary ends without comment on August 1, 1944.
On August 4, 1944, after 25 months in hiding, Anne Frank and the seven others in the Secret Annex were discovered by the Gestapo who had learned about the hiding place from an anonymous tipster (who has never been definitively identified).
After the arrest Miep Gies found Anne's writings in the Secret Annex and kept them in a drawer of her desk in the hope of returning it to her after the war.

On the 1st of November, 1944, Anne and her sister, Margot, were transferred from Auschwitz to Bergen-Belsen, a concentration camp in northern Germany.
Anne and Margot died a few months later (probably of typhus) in February 1945 at Bergen-Belsen and their bodies were thrown into a mass grave.
Anne was sixteen years of age.
Margot was nineteen.

Otto, the only survivor of the Frank family, was liberated from Auschwitz by Soviet troops on January 27, 1945.
In June 1945, he learned of his wife and daughters deaths in the Nazi concentration camps.
Miep gave him Anne's diary that she had saved and several hundred papers containing observations that his daughter had penned during her time in hiding.
Otto fulfilled his daughter's wish to become a writer by publishing her diary in 1947.
After the publication of the diary, Otto urged Miep to read the book.
She read it only, after he persisted.
She said, "I was glad that I had not read the book straight after the arrest. If I had, I would have had to burn it, because it was too dangerous for the people Anne wrote about."
In 2010 Miep Gies died reaching one hundred years of age.

Anne Frank's diary gave voice to six million Jewish people who became victims of the brutal, Nazi regime.
Her diary is regarded as an incredible account of what life was like during the Nazi occupation and being in the shadow of danger every single day.
Considering the cruel hardship she and her family endured, Anne maintained a sense of optimism and hope despite their adversity in an era of hatred.
Anne's most important message from her diary is that all people have the right to live in freedom.
The Anne Frank House at Prinsengracht 263 in Amsterdam where she lived in hiding with her family for more than two years during World War II, is now a museum.