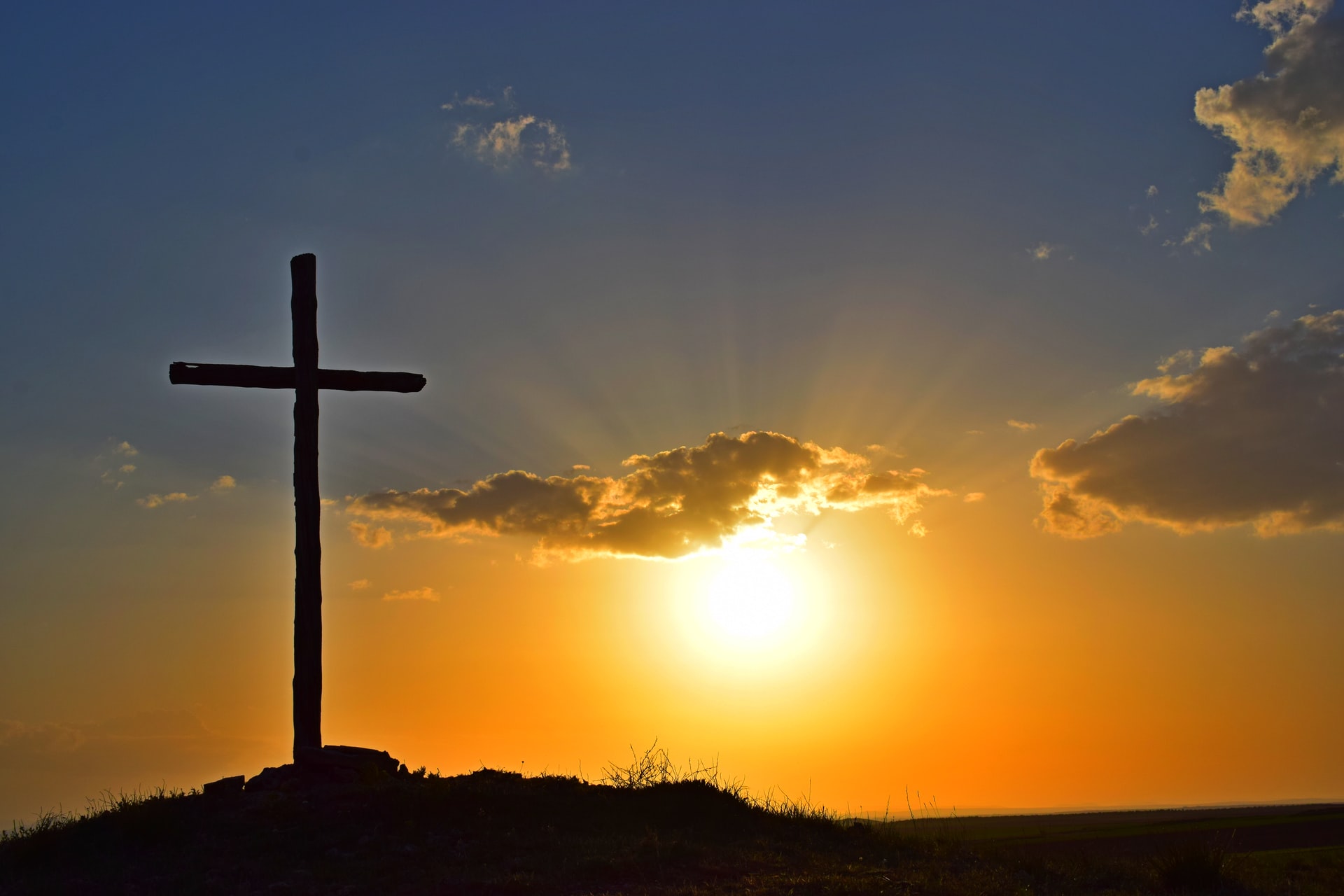 Beautiful Princess Who Became a Saint
Elisabeth was tall, slim and beautiful. She became a much loved figure when she married the Russian, Grand Duke Serge Alexandrovitch, fourth son of Tsar Alexander II. Elisabeth gave up high society life after her husband's death and devoted herself to serving God through ministering to the poor and the sick.
She sold everything to establish the Convent of Martha and Mary and became its abbess.
Arrested by the Bolsheviks during the Russian Revolution, she was murdered along with the Tsar and his family.
The Grand Duchess was canonized by the Russian Orthodox Church Abroad in 1981, and by the Moscow Patriarchate in 1992 as the Holy Martyr Elizabeth Feodorovna.

Princess Elisabeth ("Ella") was born on November 1, 1864 in Bessungen, Hesse, the second child and daughter of Princess Alice of the United Kingdom and Ludwig IV, Grand Duke of Hesse and by Rhine (House of Hesse-Darmstadt).
She was a granddaughter of Great Britain's, Queen Victoria and an older sister of Alexandra, the last Russian Empress.
Her siblings were Princess Victoria of Hesse and by Rhine, Princess Irene of Prussia, Grand Duke Ernest Louis of Hesse, and Empress Alexandra of Russia.
The children were raised in both British and German cultures and were taught the Christian Commandments of love for God and love for their neighbor.

Elisabeth was one of the most beautiful women in Europe.
She married the Russian Grand Duke Sergei Alexandrovich, the fifth son of Emperor Alexander II of Russia and Maria Alexandrovna (née Princess Marie of Hesse-Darmstadt) at the Chapel of the Winter Palace in St. Petersburg on June 15, 1884.
She then became known as Grand Duchess Yelizaveta Fyodorovna, or "Elisabeth Feodorovna" in English.
It was at Elisabeth's wedding that her younger sister, Princess Alix (Alexandra), met and fell in love with Sergei's nephew, Tsarevich Nicholas, her future husband and last Tsar of Russia.
The couple never had children of their own, but they became the foster parents of Grand Duke Dmitry Pavlovich and Grand Duchess Maria Pavlovna, Sergei's niece and nephew when their mother died.

Elizabeth Feodorovna converted to Russian Orthodoxy and sent a letter to her father, Louis IV, Grand Duke of Hesse and Rhine (January 1, 1891) stating: "I have come to this decision (to convert to Orthodoxy) only due to my deep faith. I feel that I should stand before God with a pure and faithful heart. How easy it would be for everything to remain as it is now, and how fake and hypocritical at the same time! How can I lie to everyone, pretend being a Protestant, and showing it by my appearance, while my soul has already embraced the Orthodox faith? After I've spent six years in this country and already "found" religion."

Elisabeth's happy life came to a sudden end on February 17, 1905 when the socialist revolutionary, Ivan Kalyayev, assassinated her husband at the Kremlin.
Grand Duke Sergei was returning home in his carriage when Kalyayev got close and threw a bomb into his lap blowing him and the carriage to bits in the snow.
When Elisabeth heard the explosion, she rushed outside and began collecting the dismembered remains of her husband.
After the death of her husband, Elisabeth's high society life ended.
She wore black mourning clothes, became a vegetarian and turned to prayer and fasting.
She visited Kalayaev in prison and gave him a Bible and an icon and said, "Knowing the generous heart of my late husband, I forgive you", and blessed the assassin.
Kalayayev was hanged on 23 May, 1905.

Monastery of Sts. Martha and Mary

In 1909 Elisabeth Feodorovna departed the Imperial Court, sold off all her luxurious possessions and founded the Monastery of Sts. Martha and Mary (the sisters of Lazarus whom Jesus raised from the dead) in Moscow, dedicating her life to serving God.
She became its abbess, creating a new religious order for all women, no matter their background or class.
They established a hospital, a pharmacy, an orphanage and a school, they distributed free medicines to the poor and gave free care to any person who came to their door.

The violent Russian Revolution of 1917 marked the end of the Romanov dynasty and centuries of Russian Imperial rule.
It began during the First World War, with the February Revolution in the then-capital, Petrograd (now Saint Petersburg), then spread across the Russian Empire.
In 1923, the Bolsheviks established of the Soviet Union.
Russia was the first country to declare itself socialist and move towards a communist society.
Vladimir Lenin who seized power, paved the way for authoritarian, single party regimes.
Communism in the 20th century became a terrifying force around the world.
It set the stage for the Cold War beginning in 1947, between the Soviet Union and the capitalist, United States and their respective allies.
The Cold War ended with the dissolution of the Soviet Union on December 26, 1991.

Fate of the Imperial Family and Elisabeth Feodorovna

Vladimir Lenin ordered the Cheka (secret police) to arrest Elisabeth and exiled her first to Perm, then to Yekaterinburg.
Others who were arrested included Grand Duke Sergei Mikhailovich; Princes Ioann Konstantinovich, Konstantin Konstantinovich, Igor Konstantinovich and Vladimir Pavlovich Paley; Grand Duke Sergei's secretary, Fyodor Remez and Varvara Yakovleva, a sister from the Grand Duchess's convent who had refused to leave her Abbess.
Then, they were all taken to Alapayevsk on 20 May 1918 and housed in the Napolnaya School on the outskirts of the town.
At noon on 17 July, Cheka officer Pyotr Startsev took from the prisoners whatever money they had left and transferred them to the Upper Siniachikhensky factory compound.
That night the prisoners were awakened and driven in carts to the village of Siniachikha, 18 kilometers (11 miles) from Alapayevsk where there was an abandoned iron mine with a pit, 20 meters (66 feet) deep.
Here the Cheka violently beat all the prisoners before throwing them into this pit.
As the executioners pushed Mother Elisabeth into the pit, she said: "Father, forgive them, for they do not know what they are doing" (Luke 23:34).
The victims began singing Orthodox hymns so the Cheka hurled hand grenades down the shaft killing only Fyodor Remez.
Then, they shoved into the pit a large quantity of brushwood and set it alight.

On October 8, 1918, the Russian anti-Bolshevik, White Army recaptured this area from the pro-communist, Red Army and came across the pit and the bodies of Elisabeth and her companions.
She was 53 years old. The day before Elisabeth and her companions were thrown into the pit to die, the Tsar, Nicholas II, her sister the Empress, and their children were all brutally murdered by a firing squad.
Elisabeth's remains were initially buried in the cemetery of the Russian Orthodox Church of St.
Seraphim of Sarov, in present-day Beijing in China and later were moved to the Church of Maria Magdalene in Jerusalem on the Mount of Olives which she and her husband had helped to build.

In 1981, Elisabeth was canonized by the anti-Soviet, Russian Orthodox Church Outside of Russia as well as the Moscow Patriarchate in 1992 as Holy Martyr Elizabeth Feodorovna after the fall of the communist, Soviet Union. Sister, Varvara Yakovleva who refused to leave the side of her abbess, Elisabeth Feodorovna was also canonized.
Holy Martyr Elisabeth Feodorovna is one of the ten 20th-century martyrs from across the world who are depicted in statues above the Great West Door of Westminster Abbey in London. Her Feast Day is celebrated on July 5 (she was martyred on July 18, according to the New Calendar, which was July 5 on the Old Calendar).