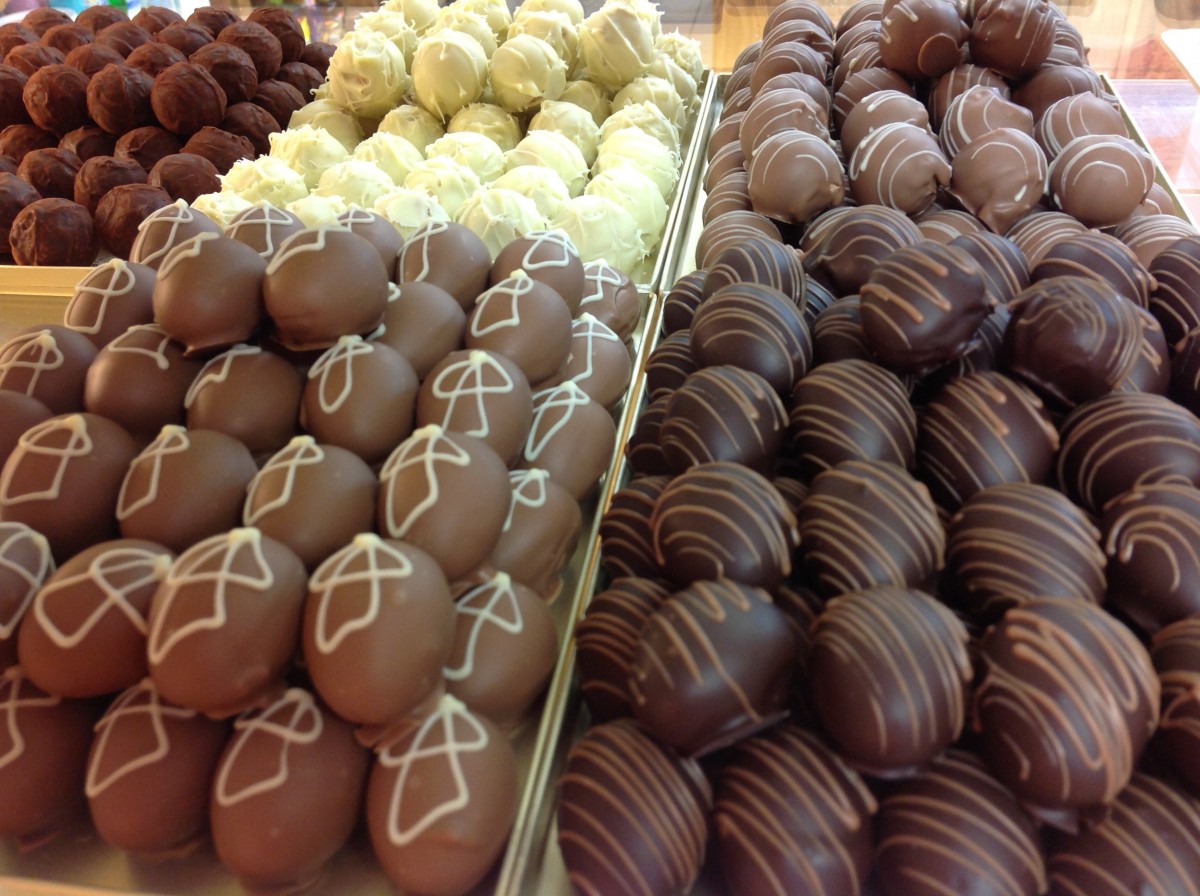 Belgian chocolate is often called the best chocolate in the world.
Together with Switzerland, they have became the leading producers in Europe.
Chocolate comes from cacao, which is a plant with high levels of antioxidants and minerals such as iron, magnesium, and zinc which are beneficial to good health.
The production process of Belgian chocolate, its high cocoa content (rich in polyphenols), the quality of the cocoa butter and the selection of the beans, give it the mouthwatering taste sensation.
Belgian chocolate is a very important part of the nation's economy and culture with 172,000 tonnes produced each year and exported around the world.
Belgium has over 2,000 chocolatiers in the country with the best located around the Place du Sablon square like Godiva, Neuhaus, Leonidas, Pierre Marcolini, and Patrick Roger.
Côte d'Or is probably the largest commercial brand, with Belgians consuming 600 million of its products a year.Your first paragraph ...

Belgium's association with chocolate dates back to the early 17th century when the country was under Spanish occupation.
Chocolate had been brought to Europe from Mesoamerica, the modern day countries of northern Costa Rica, Nicaragua, Honduras, El Salvador, Guatemala, Belize, and central to southern Mexico.
By the mid-18th century, hot chocolate had become very popular with the upper and middle class and among them was Charles-Alexander of Lorraine, the Austrian governor of the territory.
From the the 19th century Belgian chocolate became a major industry in Belgium.
From the early 20th century the nation imported large quantities of cocoa from its African colony, the Belgian Congo making Belgian Chocolate affordable for the working class.
Since 1894, the composition of Belgian chocolate has been regulated by law in order to prevent adulteration of the chocolate with low-quality fats from other sources. A minimum level of 35 percent pure cocoa was also imposed.

The praline was invented by Brussels chocolatier Jean Neuhaus in 1912.
Jean Neuhaus was a Swiss immigrant with Italian roots who settled in Brussels in 1857 and established an apothecary (pharmacy) at the prestigious, Galeries Royales, near the Grand Place.
With the assistance of his son Frédéric, Jean Neuhaus dedicated his efforts to delight his customers by covering his medicines with a fine layer of chocolate.
He also invented new delicacies to the extent that they became the main products of their business.
In 1912, his grandson, Jean Neuhaus II evolved this idea into the Belgian praline.
The praline became immediately successful.
In 1915, the ballotin, a stylised, gift box was added to their product line and has become an iconic part of the Belgian chocolate tradition.
The ballotin was designed by Louise Agostini, the wife of Jean Neuhaus II to protect the high-quality chocolates.
Pralines consist of a chocolate shell with a softer, creamy confection similar to fudge and has a chocolate casing and are distinct from the nut and sugar sweets of France and the United States.

Belgian chocolate has became famous around the world.
The Neuhaus family continue to make luxury Belgian chocolates, biscuits and ice cream.
Today, Neuhaus, the company has over 1,500 selling points in 50 countries with all Neuhaus products still being made in Vlezenbeek (Flemish Brabant).
In 2000, the company was named Accredited Supplier to the Belgian Crown.
Neuhaus
Address: Rue de Namur 103, 1000 Bruxelles, Belgium
Hours: Opens 10AM
Phone: +32 2 514 19 65

Life-Changing Impact Included. Build a Financially Secure Future With Your Own Online Business!