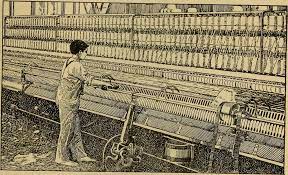 The First Industrial Revolution began in Great Britain from about 1760 to 1840 because of three important factors of production.
1. Land
Industrialization needed natural resources such as coal in vast quantities, to fuel the new steam engines and furnaces being invented.
In 1750, Britain produced 5.2 million tons of coal per year.
By 1850, it was producing 62.5 million tons per year.
2. Labor
The new factory system created a centralized workplace where many workers came together to make products.
3. Capital
Capital was needed to open a factory, buy machines, purchase supplies and to pay wages.
The First Industrial Revolution brought about capitalism whereby industry is controlled by private owners for profit, rather than by the State.
A prosperous new middle class joined the economic power once held by aristocrats across Britain who financed the many inventions of the era to replace hand tools.
The rise of trade and business created specialization on certain products to improve productivity and efficiency.
Adam Smith (1723 - 1790)
Adam Smith, a Scottish political economist and philosopher is the Father of Modern Capitalism.
His modern capitalist theory is traced to his 18th-century treatise, An Inquiry into the Nature and Causes of the Wealth of Nations (1776).

Other Factors That Led to the First Industrial Revolution 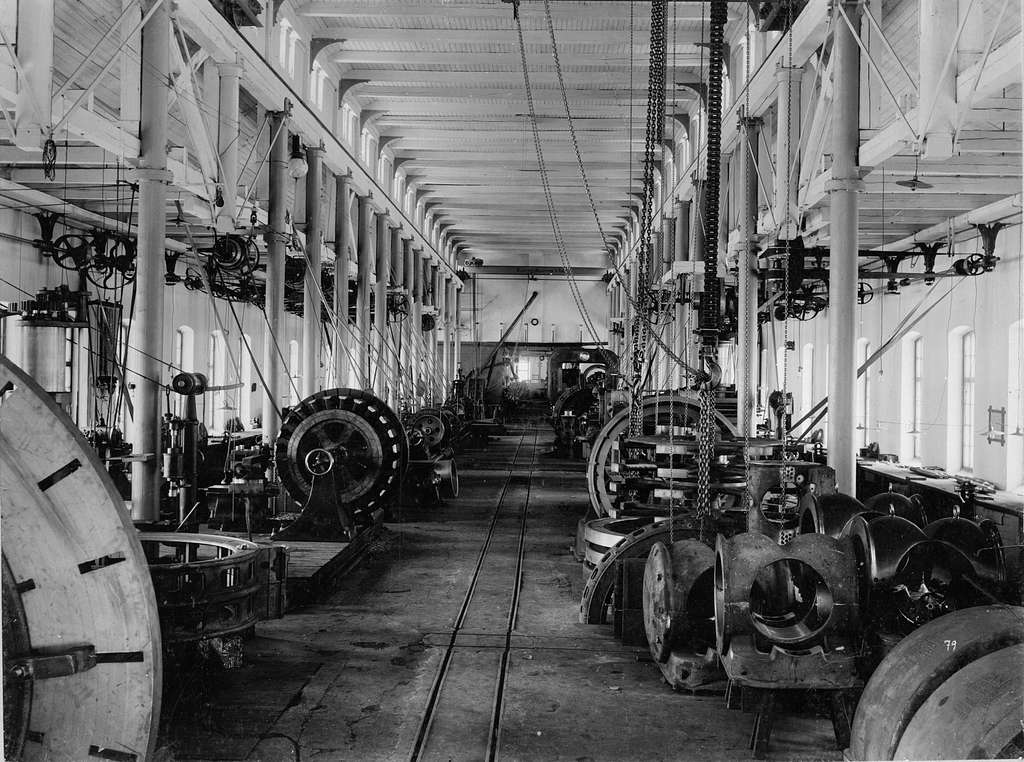 *Mercantilism
English capitalism as an economic system actually goes back to the establishment of mercantilism or merchant capitalism during the "Golden Age" of the Elizabethan Era (1558 - 1603).
Mercantilism replaced Feudalism which was a combination of the legal, economic, military, and cultural customs that flourished in medieval Europe between the 9th and 15th centuries.
Britain used mercantilism as a way to secure its interests in the New World, accumulate wealth, provide self-sufficiency and to strengthen its military power.
*Colonialism
The Age of Imperialism from 1500 to 1914 saw European nations seeking trade routes with the Far East, exploration of the the New World, and the establishment colonies
to create empire's through wealth, power and prestige.
From the 15th to the 17th century, England, Spain, France, Portugal, and Holland acquired vast colonial empires.
The First Industrial Revolution set the foundation for the vast British Empire in the 19th century during the Victorian Era which flourished until the twentieth century.
The British Empire was to become the largest global empire in history.
*The Agricultural Revolution
The Agricultural Revolution (17th – 19th century) was a major cause that led to the First Industrial Revolution.
Thomas (1685 – 1739) and John (1693 – 1722) Lombe were silk merchants from Norwich who revolutionized the spinning of silk in England in their water-powered, Lombe's Mill factory on an island on the River Derwent in Derby.
*Crop rotation by Charles Townshend (1674 – 1738) ) who was an English Whig statesman divided his fields into four with wheat in the first field, clover or ryegrass in the second, oats or barley in the third and turnips or swedes in the fourth to produce more food in the 1730s.
*The horse-drawn seed drill (1701) by Jethro Tull (1674 – 1741) who an English agriculturist from Berkshire sowed the seeds from his horse-drawn seed drill more efficiently in neat rows which eliminated the usual practice of scattering them by hand.
*The Dutch plough (1730)
The Dutch plough was brought to Britain by Dutch contractors to drain the East Anglian fens and Somerset moors.
It not only could be used on wet, boggy soil but also, on ordinary land to cut labor costs, save time and only required one ploughman and two horses compared to the traditional plough which required four oxen.
*The threshing machine (1786) by Scottish engineer Andrew Meikle (1719 – 1811) a millwright at Houston Mill in East Linton, East Lothian in Scotland, whose drum threshing machine was devised for the separation of grain from stalks and husks.
Enclosure Movement
The new farming techniques led to the Enclosure Movement in the 18th and 19th centuries.
Land that had formerly been owned by all members of a village and the public for grazing animals and growing food changed to privately owned land, usually with walls, fences or hedges around it.
Canal Transportation
The "Golden Age" of canal transportation between the 1770s to the 1830s replaced wagon and mules for moving a greater volume of goods to new markets.
Seaports connected to inland trade facilitated the distribution of freight such as raw materials and consumer products.
*The Sankey Canal was the first British canal to open in 1757.
*The Bridgewater Canal opened in 1761 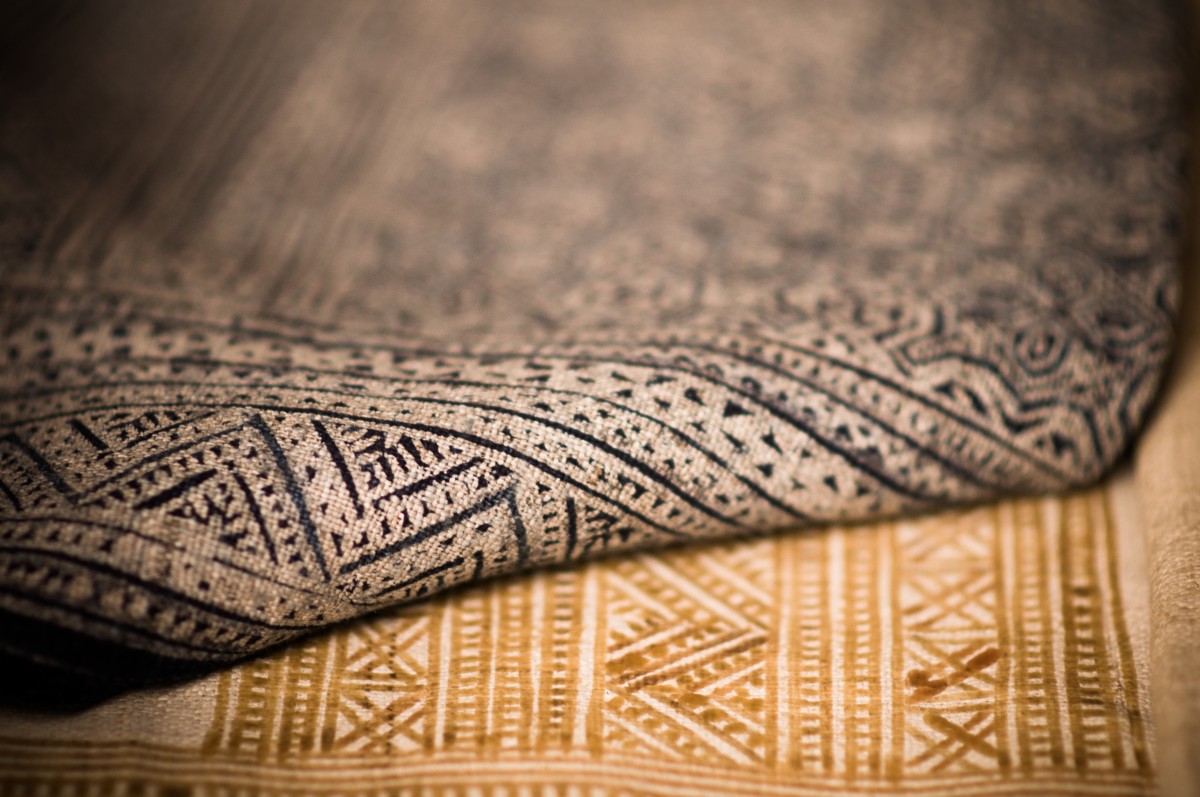 The British textile industry powered the transition of the First Industrial Revolution with new production methods and new inventions that led to increased production and efficiency, lower prices and more goods.
Working people went from creating goods by hand in shops or homes to wage laboring in mechanized factories using steam and water power which reduced human labor and time consumption.
Migration created the movement of people from rural lands to the urban living in the cities.
Small towns located near coal or iron mines mushroomed into cities.
From Great Britain, industrialization spread to the rest of Europe, America and then, the rest of the world.
Important inventions that impacted the First Industrial Revolution include:
*The coke fueled furnace invented by Abraham Darby in 1709.
Abraham Darby (1677 – 1717) was an English ironmaster and foundryman who discovered that coal from Coalbrookdale in Shropshire, England, could be used to produce pig iron in a blast furnace fuelled by coke rather than charcoal.
*The steam engine invented by Thomas Newcomen in 1712.
Thomas Newcomen (1664 – 1729), a British engineer and inventor, created the first steam engine to pump water by generating power from atmospheric pressure operated at the Caprington Colliery, Ayrshire.
In 1775, James Watt (1736 - 1819), a Scottish inventor, mechanical engineer, and chemist made improvements to the steam engine by using steam alternating on both sides of the piston that doubled fuel efficiency.
*The spinning jenny invented by James Hargreaves in 1764.
James Hargreaves (1720 – 1778) was an English weaver, carpenter and inventor who lived and worked in Lancashire, England revolutionized the process of cotton spinning using eight spindles onto which the thread was spun on a single wheel.
*The spinning mule by Samuel Crompton in 1779.
Samuel Crompton (1753 – 1827) was an English inventor from Firwood Fold, Bolton, Lancashire, England who invented the spinning mule vastly increased the manufacture of high-quality thread that could be spun at any one time.
*The water frame by Richard Arkwright in 1769.
Richard Arkwright (1732 – 1792) was an English inventor from Preston, Lancashire who combined power, machinery, semi-skilled labor and the new raw material of cotton to create mass-produced yarn.
Migrant workers flocked to the village of Cromford after Richard Arkwright patented his spinning water frame in 1769 and established Cromford Mill, in Derbyshire, England. 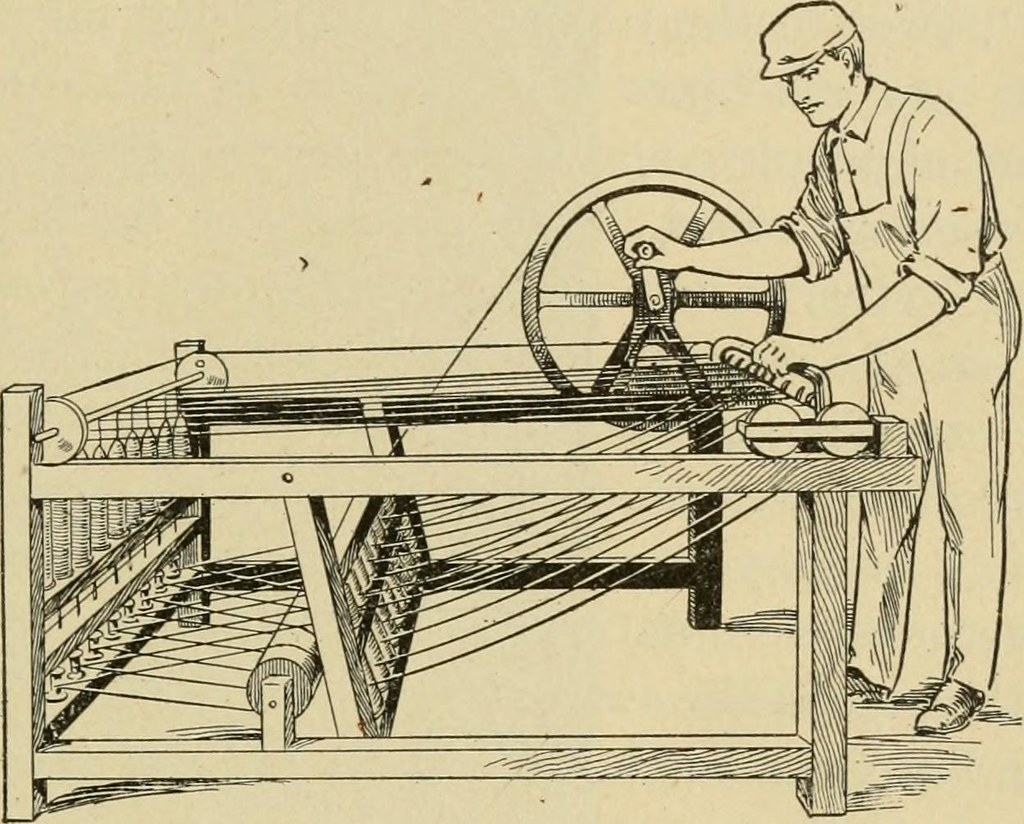 Luddites were weavers and textile workers during the First Industrial Revolution who objected to the increased use of mechanized looms and knitting frames that threatened to make their jobs obsolete.
They called themselves “Luddites” after Ned Ludd, the legendary young apprentice weaver from Anstey, near Leicester, who was rumored to have smashed two knitting frames in a textile factory in 1779.
Most Luddites were skilled artisans who had spent years learning their craft feared the new inventions and unskilled, low-wage workers were robbing them of their livelihood.
When they received no support from the government, they took matters into their own hands by breaking into factories and smashing the machines.