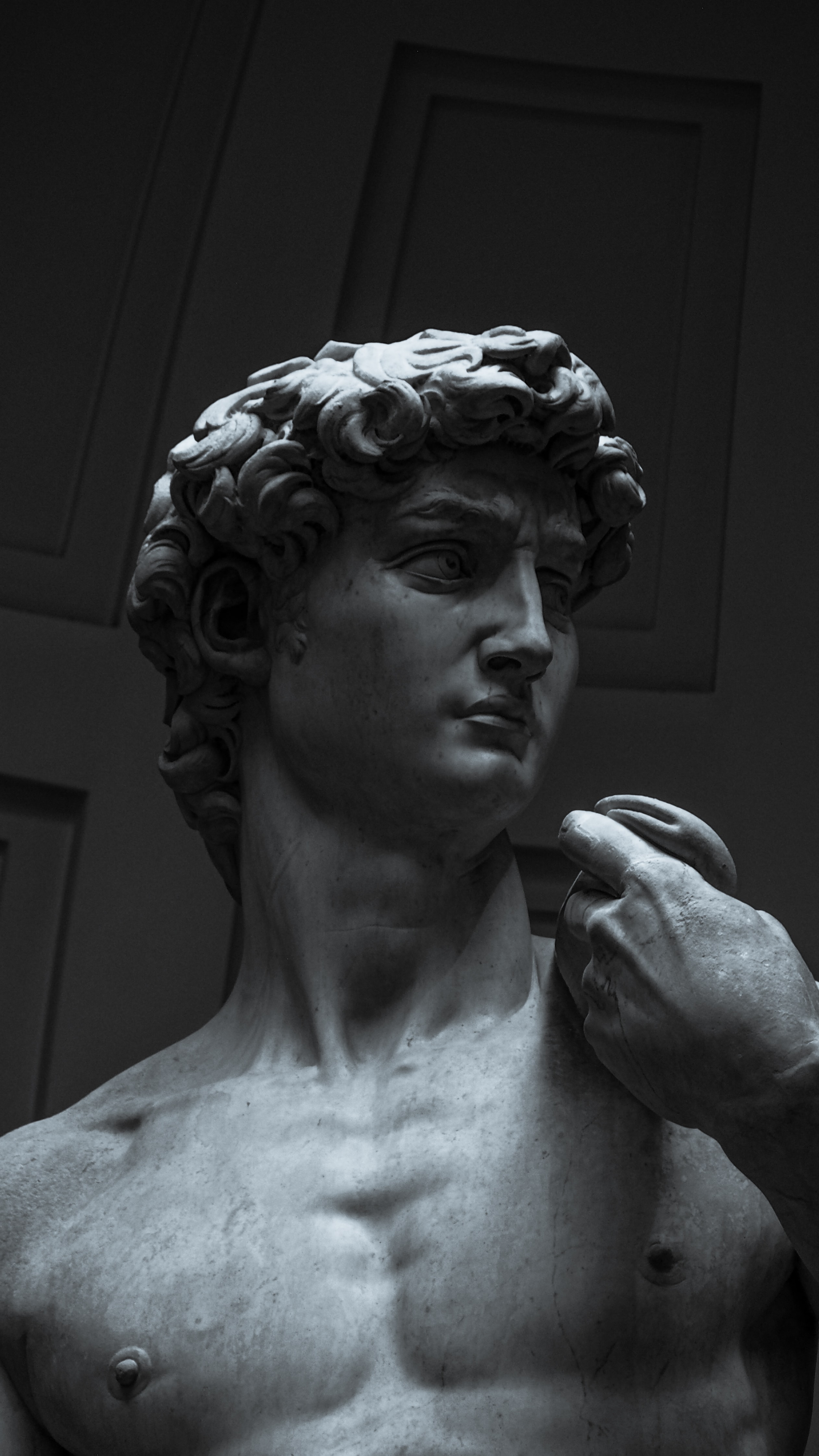 The Renaissance was a period of cultural and artistic "rebirth" following the Middle Ages. It promoted the rediscovery of classical philosophy, literature and art and challenged established ways of thinking. Florence was the birthplace of the Renaissance because of its of wealth, power, and intellect in the Church. Three outstanding figures that had a huge impact on the Renaissance were Leonardo da Vinci (1452-1519), Michelangelo (1475-1564), and Raphael (1483-1520).
Rebirth of Classical Antiquity
The Renaissance was a period of great social change in European history from the 14th to the 17th century marking the transition from the Middle Ages to modern times.
The word "Renaissance" is a French word meaning "rebirth" symbolizing the re-birthing of classical antiquity.
The Renaissance embraced Ancient Greek and Roman thinking, styles and themes while turning to greater learning using modern techniques.
With the advent of the printing press, knowledge was now available to people outside of the clergy, the aristocrats, and royals.
The Renaissance first appeared in Italy in the late-13th century with the writings of Dante and the paintings of Giotto.
Increased interaction between different cultures, the rediscovery of ancient Greek and Roman texts, the emergence of humanism and different artistic and technological innovations all contributed to the emergence of the Renaissance.

Classical antiquity is the period of cultural history between the 8th century-BC and the 6th century-AD when ancient Greece and then ancient Rome dominated the Mediterranean and Middle East.
Democracy, philosophy, astronomy, literature, sculpture, drama, medicine, mathematics and the Olympic Games all had their Western birth in ancient Greece.
Greek culture influenced Roman culture. Most educated Romans were bilingual in Greek and Latin because Greek was the international language from the Hellenistic Period beginning 323-BC up to the Byzantine Period which ended in 1453-AD.
In the last century-BC many rich young Romans went to study in Athens or Rhodes Island like Cicero, Marc Antony and Julius Caesar.
Temples, government buildings and houses represented the Greek style of architecture. The three primary styles of column design used in temples in classical Greece were Doric, Ionic and Corinthian.

The Greek city of Byzantium in Asia Minor (now modern Turkey) was to become famous as Constantinople and capital of the Byzantine Empire.
It was from Constantinople that Greek literature and culture reached Western Europe that helped contribute to the advent of the Renaissance.
When the Byzantine Empire was destroyed by the Ottoman Turks in 1453, many Byzantine Greek scholars fled to Western Europe, bringing with them their cultural heritage and many original Greek manuscripts.

At the start of the Renaissance, Italy was divided into a number of powerful city-states that were ruled by a large city.
One of the major city-states was Florence which was a republic, like ancient Rome.
The Italian language developed in the early 14th century through the works of Tuscan writer, Dante Alighieri, who helped to raise the Tuscan dialect into the national literary language of Italy.
When Italy was united in 1861, Tuscan became the official language of the country.

The Renaissance started around the years 1350 to 1400 in Florence, Italy through its writers, painters, architects, and philosophers.
It transformed Florence then, the other Italian city-states such as Venice, Milan, Bologna, Ferrara and Rome.
Then, during the 15th century, Renaissance ideas spread from Italy to France and throughout western and northern Europe.
Fifteenth-century Florence had a strong economy with political power in the hands of wealthy merchants.
The largest and most respected bank in Europe was the Medici bank, established by Giovanni Medici in 1397.
The powerful Medici family ruled Florence for more than 60 years and financially helped artists by buying their paintings and sculptures.
Dante
Dante Alighieri (1265-1321) was the leading poet of the late-Middle Ages and early-Renaissance.
His use of Italian rather than Latin in The Divine Comedy are considered to signal the rise of Renaissance humanism.
Giotto
Giotto di Bondone, the "Father of the Renaissance," was born in Tuscany around 1266 (his exact birth-date and birthplace are unknown).
He was one of the most important masters of 14th century Italian painting who introduced the technique of realism which became the new art style of the High Renaissance.
Giotto's most widely recognized masterpiece are the Biblical scenes that adorn the Scrovegni Chapel in Padua.
His representations of human figures would be emulated by other artists.
Petrarch
The Italian poet, Francesco Petrarca (Petrarch 1304 - 1374) (Petrarch) who was born in Arezzo, Tuscany, is the "Father of Humanism."
He has been called the first modern man whose writings were also used to shape the modern Italian language.
Petrarch had a passionate interest in rediscovering lost manuscripts of ancient Greece and Rome and had Greek works translated to Latin.
His Iyric poetry of his Canzoniere is considered one of the greatest love poets of world literature which includes the well-known odes to Laura.

Renaissance art focused on human beauty and nature. People were depicted living life and showing emotion.
Light and shadow techniques made paintings look more three-dimensional and realistic.
*Early Renaissance
Masaccio (1404-28) an important Florentine painter was the founder of the Early Italian Renaissance painting with his works in the mid-and late-1420s.
His frescoes adorn the Brancacci Chapel of the Church of Santa Maria del Carmine in Florence.
Italian painting, sculpture, and architecture, naturalistic styles and humanist theories were also evolved by Donatello and Alberti.
*High Renaissance
From around 1495 up to 1520 is viewed by art historians as the height of the Renaissance period.
This period was dominated by:
Leonardo da Vinci
Leonardo da Vinci (1452 - 1519) has become a worldwide, cultural icon and is considered one of the most talented individuals ever.
Among his many great works, two of his most famous paintings are:
*The Mona Lisa
The model for Leonardo da Vinci's masterpiece, the Mona Lisa, was a real person. The image of the Mona Lisa was Lisa del Giocondo (1479 - 1542), an Italian noblewoman and a member of the Gherardini family of Florence and Tuscany. She married a wealthy Florentine silk merchant, Francesco del Giocondo, who commissioned the painting for their new home, and to celebrate the birth of their second son, Andrea.
*The Last Supper
The Last Supper is one of the Western world's most recognizable paintings. It is a late 15th-century mural painting housed by the refectory of the Convent of Santa Maria delle Grazie in Milan, Italy.
The painting represents the scene of the Last Supper of Jesus with his Apostles from the Gospel of John, 13:21 and depicts the feeling of anxiety that occurred among the Twelve Apostles when Jesus announced that one of them would betray Him.
Michelangelo
Michelangelo di Lodovico Buonarroti Simoni (1475 - 1564) was an Italian sculptor, painter, architect and poet of the High Renaissance who was born in the Republic of Florence.
Michelangelo had a powerful influence on the development of Western art. His most famous works are the Pieta (sculpture, housed in St. Peter's Basilica), his sculpture of David, and his painting of the Sistine Chapel ceiling in the Vatican Palace.
A number of Michelangelo's works of painting, sculpture and architecture rank among the most famous in existence.
*Sistine Chapel
Michelangelo painted the Sistine Chapel's ceiling depicting spectacular scenes from the Bible between 1508 and 1512, under the patronage of Pope Julius II.
The masterpiece is regarded as one of the major artistic accomplishments of human civilization.
Raphael
Raffaello Sanzio da Urbino (1483 - 1520), known as Raphael, was an Italian painter and architect.
Together with Michelangelo and Leonardo da Vinci, he forms the trinity of great masters of the High Renaissance.
His most famous paintings include, Madonna in the Meadow, School of Athens, Sistine Madonna, The Transfiguration and Portrait of Baldassare Castiglione.
Parmigianino
Mannerism, pioneered by Parmigianino, an Italian artist, emerged in the later years of the Italian High Renaissance.
It describes the style of the paintings and bronze sculpture derived from its emphasis on contradicting all the traditional laws of proportion.
Girolamo Francesco Maria Mazzola (1503 - 1540), also known as Parmigianino ("the little one from Parma"), was an Italian Mannerist painter and printmaker active in Florence, Rome, Bologna, and his native city of Parma.
His works include two large frescoes are in a church in Parma and a palace in a town nearby while some of his best portraits are in Naples, in the National Museum and Gallery of Capodimonte, including the Gian Galeazzo Sanvitale and the portrait of a young woman called Antea.

End of the Renaissance

The demise of the Renaissance was the result of several factors.
By the end of the 15th century, numerous wars plagued the Italian peninsula with Spanish, French and German invaders battling for Italian territories causing disruption and instability.
The Baroque Period followed the Renaissance from the early 17th century until the 1740s.