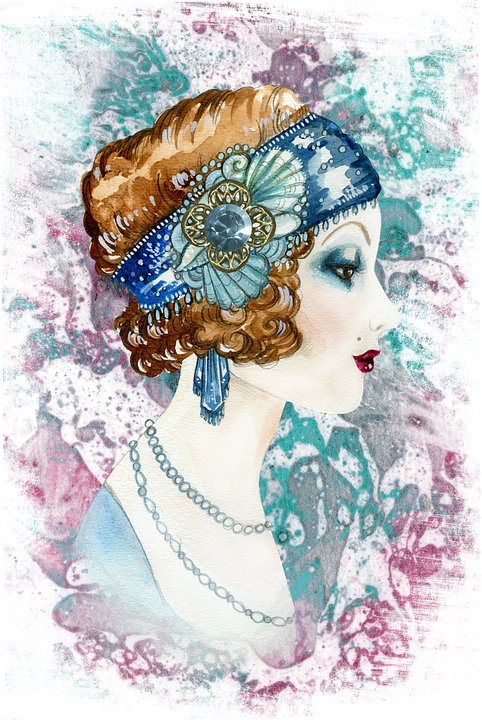 The Roaring Twenties featured economic prosperity, mass consumerism and carefree living for many.
History teaches us about past events and the different periods of life and how societies came to the present.
It was a time when many people defied Prohibition and rejected many traditional moral standards.
The Roaring Twenties, also known as the Jazz Age, refers to the decade of the 1920s in Western society that featured economic prosperity and social change in the United States and Europe.
As the economies of the western world prospered, wages rose and prices fell, resulting in a higher standard of living which saw a dramatic increase in consumer consumption and new trends in lifestyle and culture.
With the invention of the radio, movies and mass-produced consumer goods, mass-market advertising influenced consumer demand, jazz blossomed and flappers redefined the modern look for Western women.

America gained dominance in the financial world and set it on the path to becoming a superpower during the Roaring Twenties
As America's 30th President (1923-1929), Calvin Coolidge restrained government spending to produce consistent government surpluses amid the material prosperity which many Americans were enjoying during the 1920s era.
The negative influences of the 1920s in the United States witnessed declining moral standards as many people defied Prohibition and organized crime and murder rose.
Henry Ford (July 30, 1863 - April 7, 1947), American industrialist and founder of the Ford Motor Company was the chief developer of the assembly line technique of mass production.
The First World War (1914-18) hastened the development of airplanes so that by the early 1920's they were capable of flying longer distances and carrying heavier loads.
As Air-Mail became more popular during the Roaring Twenties, other industries began turning to the airplane for freighting that was much faster than land-based transport.
Rudolph Valentino (May 6, 1895 - August 23, 1926)
Rudolph Valentino, was an Italian actor based in the United States who became a a cultural film icon.
His early death at the age of 31 caused mass hysteria among his fans.
Charlie Chaplin (16 April 1889 - 25 December 1977)
Sir Charles Spencer Chaplin KBE, was an English comic actor, filmmaker, and composer who rose to fame in the era of silent film in the Roaring Twenties.
He became a worldwide icon as "The Tramp", and is considered one of the most important figures in the history of the film industry.
The Italian Mafia
In the 1920s, Italian Mafia families began waging wars for absolute control over lucrative bootlegging rackets with Irish and Jewish ethnic gangs.
Bank robberies, kidnapping, auto theft, gambling, and drug trafficking become increasingly common crimes stemming from national Prohibition.
The Volstead Act of 1920, also known as the 18th Amendment was passed into law prohibiting the manufacture, sale and transportation of alcoholic beverages.
Eliot Ness (April 19, 1903 - May 16, 1957), was a famous American Prohibition crime fighter who led a nine-man team of law officers nicknamed the "Untouchables," to combat Al Capone's underworld network in Chicago.

Great Britain
George V (3 June 1865 - 20 January 1936) was King of the United Kingdom and the British Dominions, and Emperor of India, from 6 May 1910 until his death in 1936.
George V's reign saw the rise of socialism, communism, fascism, Irish republicanism and the Indian independence movement which impacted the British Empire.
Germany
The 1920s were an unstable time for Germany after Kaiser Wilhelm II was forced to abdicate and flee to Holland at the end of World War I.
The Weimar Republic was Germany's government from 1919 to 1933, until the rise of Adolph Hitler and Nazi Germany.
Faced with reparation payments they could not afford, Germany began printing huge amounts of money which put the country into a state of super inflation and reached the point where millions of marks became worthless. 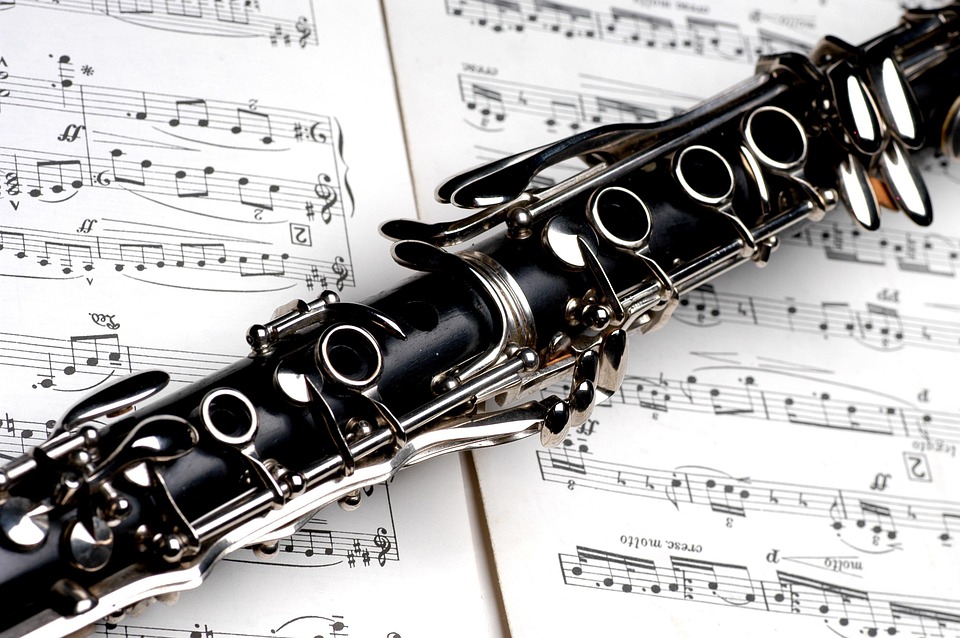 The Jazz Age was a cultural 'golden age' from which new styles of music and dance emerged.
Largely credited to African-Americans, Jazz music, soon expanded to America's white middle class.
Buddy Bolden, an African-American bandleader ("the first man of jazz") was at the forefront of the jazz movement.
Jazz musicians made it a major global phenomenon like Scott Joplin and Jelly Roll Morton to the big-band sounds of Louis Armstrong and Duke Ellington to vocalists like Billie Holiday, Ella Fitzgerald and Nina Simone.
Louis Armstrong, a popular African-American jazz musician who played the trumpet and cornet and was known for his distinct, gravelly singing voice was the most famous jazz musician of the decade and possibly of all time.
Charleston
The Charleston is one of the most iconic of the Roaring Twenties dance styles.
Named after the harbor city of Charleston, South Carolina, it gained popularity in the U.S. due to a 1923 song from the Broadway show Runnin' Wild, composed by James P. Johnson who grew up listening to Scott Joplin, the "King of Ragtime" (musical style that enjoyed its peak popularity between 1895 and 1919).
Fox Trot.
Named for its creator, vaudeville entertainer Harry Fox, the fox trot made its debut in 1914.
The smooth and elegant Ballroom dance of the Fox Trot was a favorite of Fred Astaire and Ginger Rogers.
Al Jolson
Al Jolson (1885 - October 23, 1950), was America's most famous and highest-paid entertainer and is remembered today as the star of the first talking picture, The Jazz Singer (1927).
"Swanee" is an American popular song written in 1919 by George Gershwin, with lyrics by Irving Caesar.
The song charted for 18 weeks in 1920 selling a million sheet music copies and an estimated two million records.
Flappers
Flappers of the 1920s were considered the first generation of young, independent Western women who rejected the idea that they should uphold society's morals through temperance and chastity.
They wore short skirts (knee height), short (bobbed), hairstyles, smoked cigarettes, wore bolder makeup and put rouge on their knees to create a "look at me" effect below the waistline.
Colleen Moore, Clara Bow and Louise Brooks were the three most famous flappers in Hollywood in the 1920s.
The flapper became a very popular character in films of 'the Roaring Twenties'. 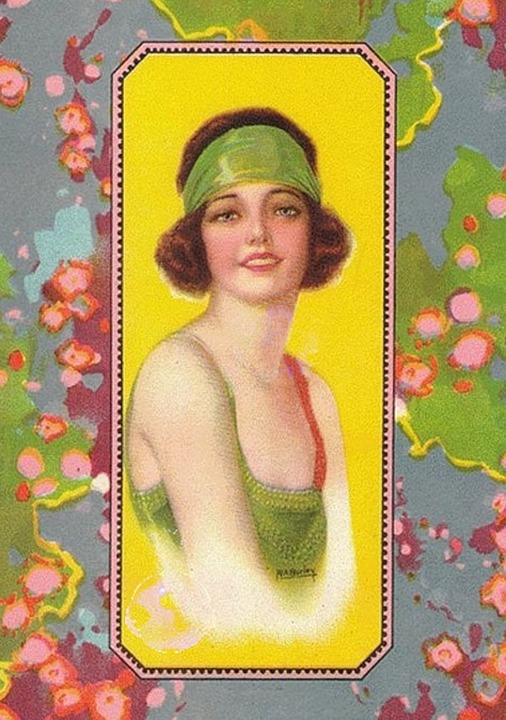 The Roaring Twenties decade certainly began with a roar but the era ended with the Wall Street Crash of 1929 that brought the United States and the western world to its knees.
The Great Depression was a severe economic depression which brought years of hardship from 1929 to 1939.
It began after the stock market crash which sent Wall Street into a panic and wiped out millions of investors.
Ultimately, it caused drastic declines in output, severe unemployment, and acute deflation in almost every country of the world.
The average American family lived by the Depression-era motto: "Use it up, wear it out, make do or do without."
Economic mobilization for World War II finally cured the depression as millions of men and women joined the armed forces or went to work in defense jobs. 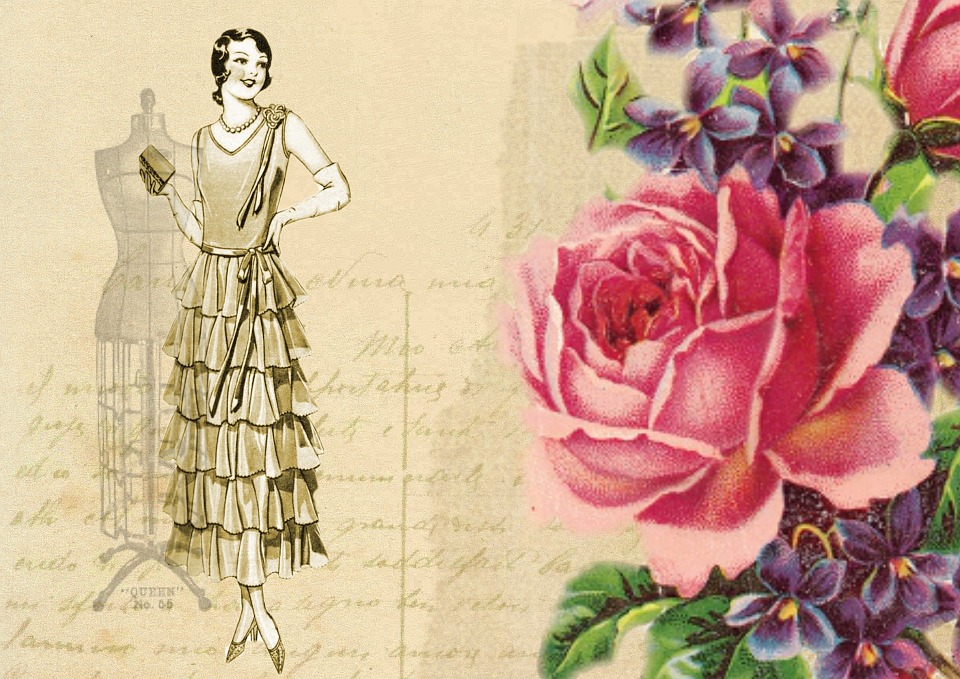