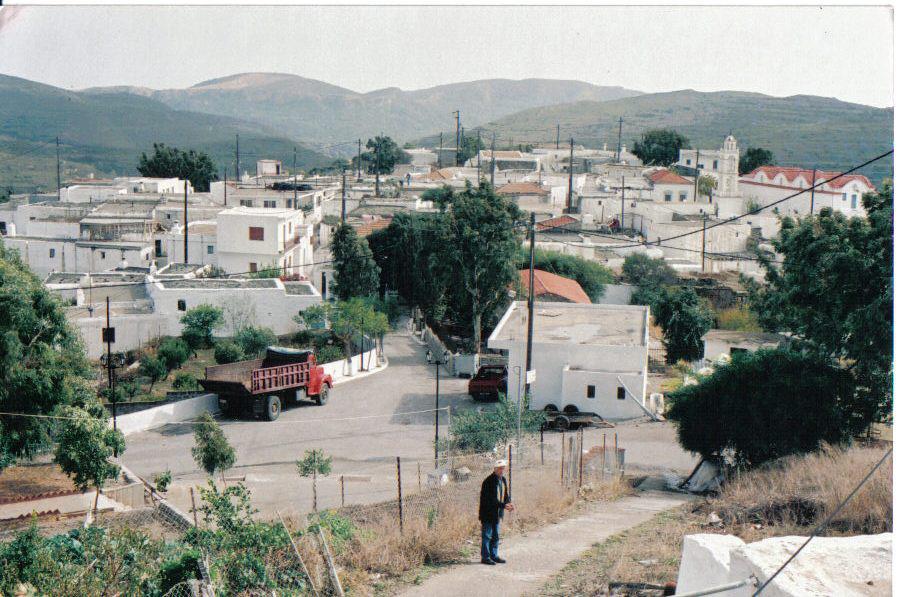 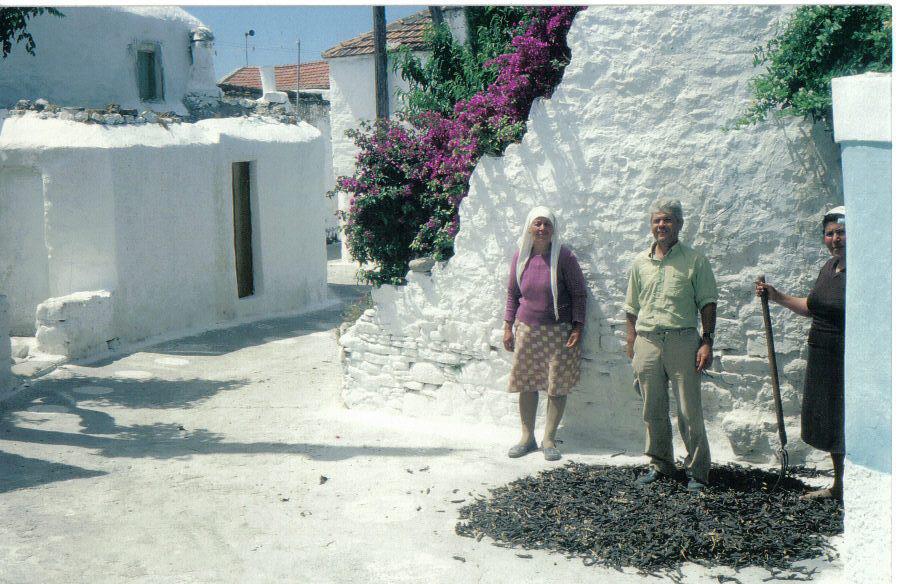 Mesanagros, located about 89km south-west from the capital of Rhodes Island, already existed by the 5th Century AD.

Set in unspoiled surroundings, this tiny village with its white-washed homes and narrow streets, its two historic churches and its many wonderful little monasteries has a legacy of goat herding and farming.

The charm of Mesanagros bygone era, in all its variety and vitality, had been handed down for centuries from generation to generation.

It is the traditional, self-sufficient way of life.

Goat bells once tinkled in the nearby hills, its farmers paths led to wheatfields, olive groves, watermelon and honeydew melon patches and, vegetable gardens and chicken coops.

With farming and goatherding being the traditional industry of Southern Rhodes, the people’s whole year was tied to the changing seasons.

Its people lived the simple, rural village life in tune with their values and the full potential of the Kingdom of God through their Greek Orthodox faith, its customs and festivities. 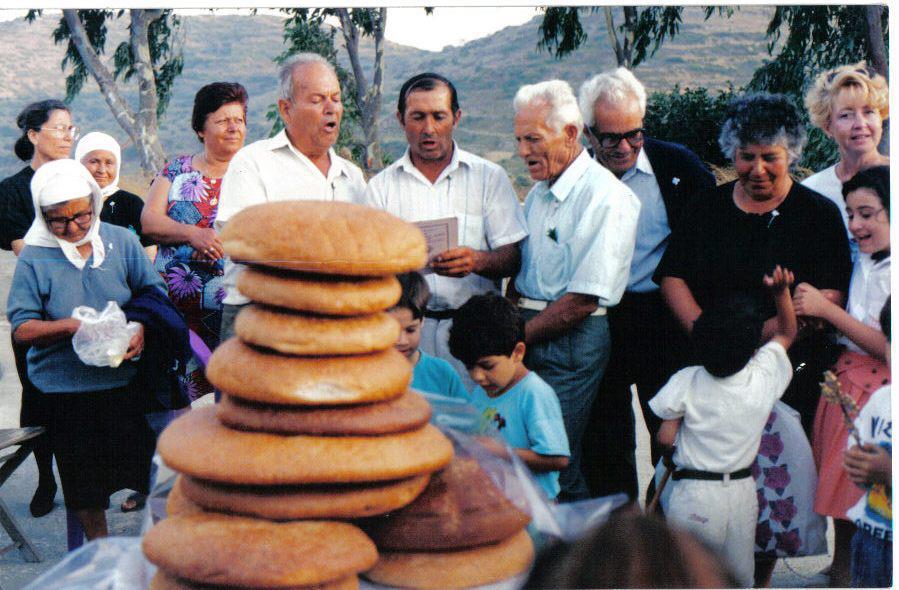 Website Income Pays for Earthquake Damage! How Much Extra Money Could Your Online Business Make?

My name is Andrew Papas and I am an Internet Marketer and Self Publisher.

Affiliate Disclosure: I am an affiliate of Solo Build It! My goal is to bring together the best resources available and legitimate Online Business Opportunities that can work for you. 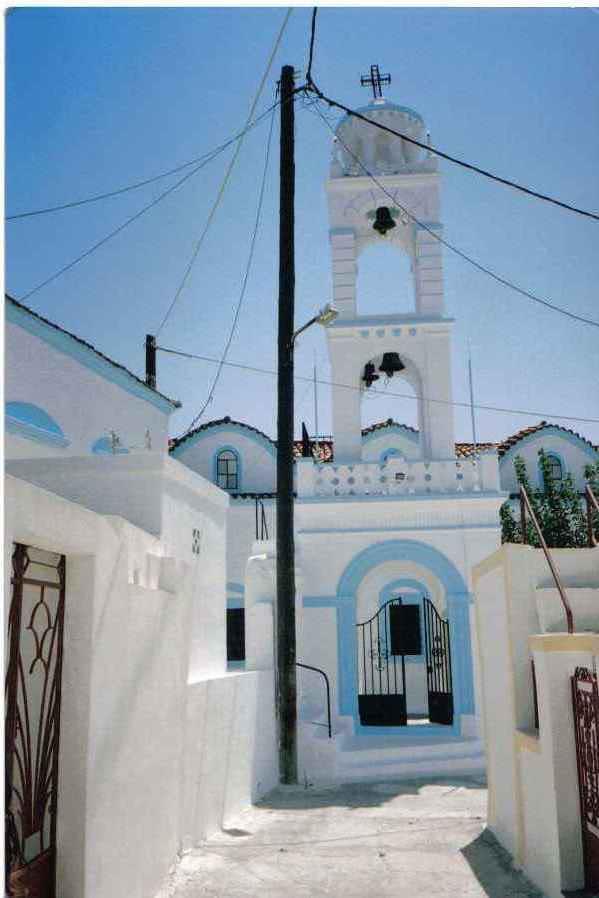 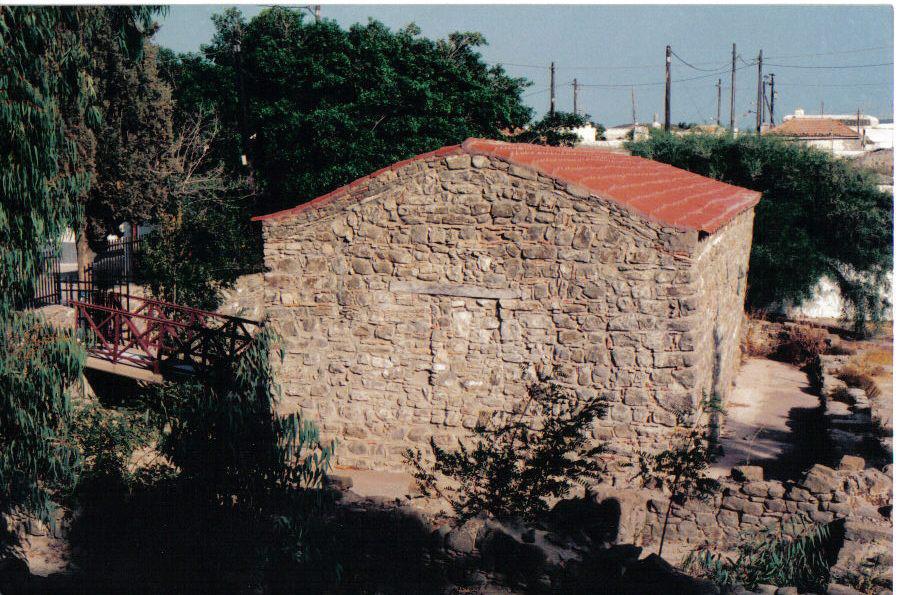 The village’s main historic sites are the 5th Century AD Koimisis tis Theotokou church, Monastery Skiathi founded in the 13th century with its miraculous icon of our Blessed Virgin Mary (Panayia Skiatheni), the beautiful tiered church of Archangels Michael and Gabriel (Taxiarhis) as it is commonly known built in 1861 and the 14th century, Byzantine monastery of Saint Thomas surrounded by a lush, coniferous forest of flora and fauna and, waterfall.

The village has fifteen monasteries dotted throughout the surrounding countryside. 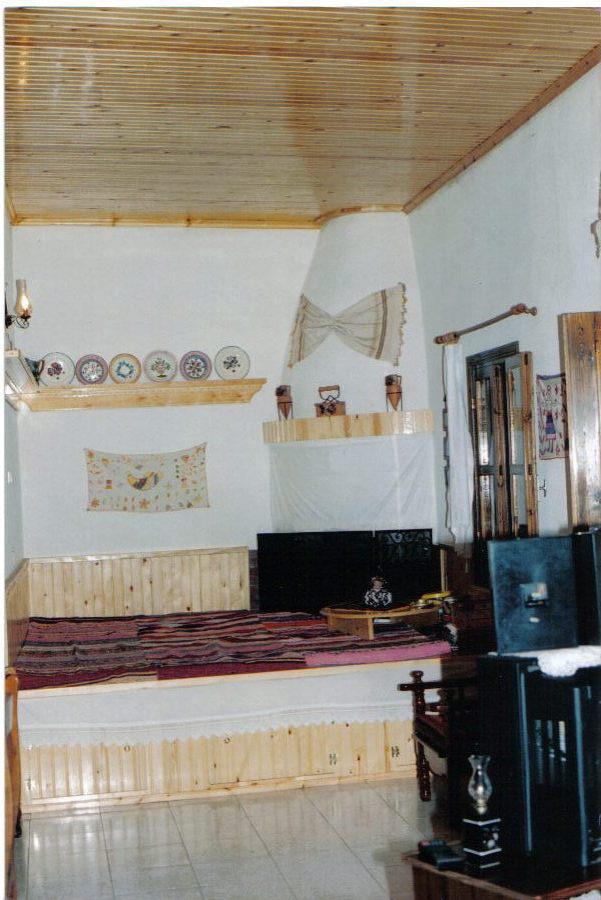 Even those who live and work in Rhodes Town continue to maintain homes and close ties with their places of birth.

They visit on weekends, on important Saint’s Days as well as Christmas and Easter and during winter when the tourist season has ended. 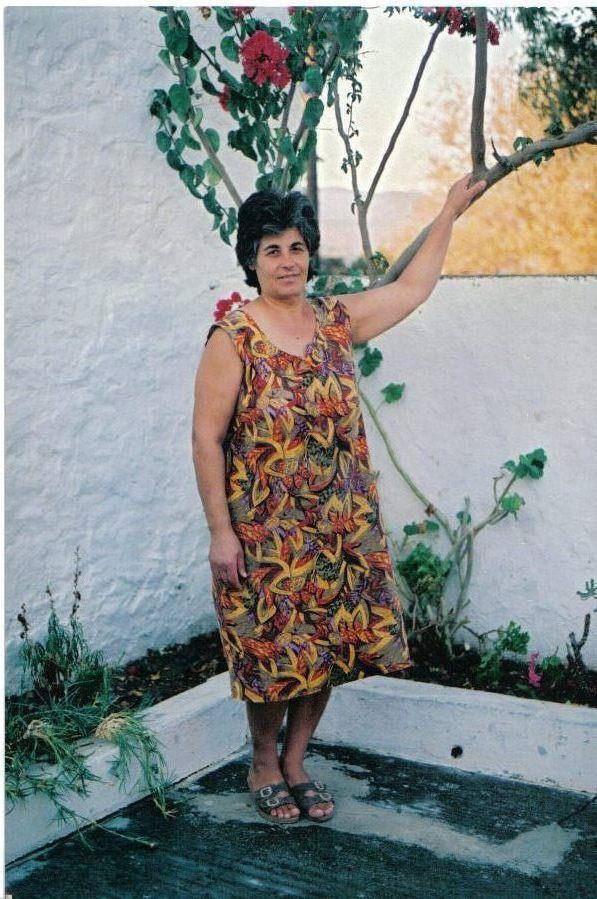 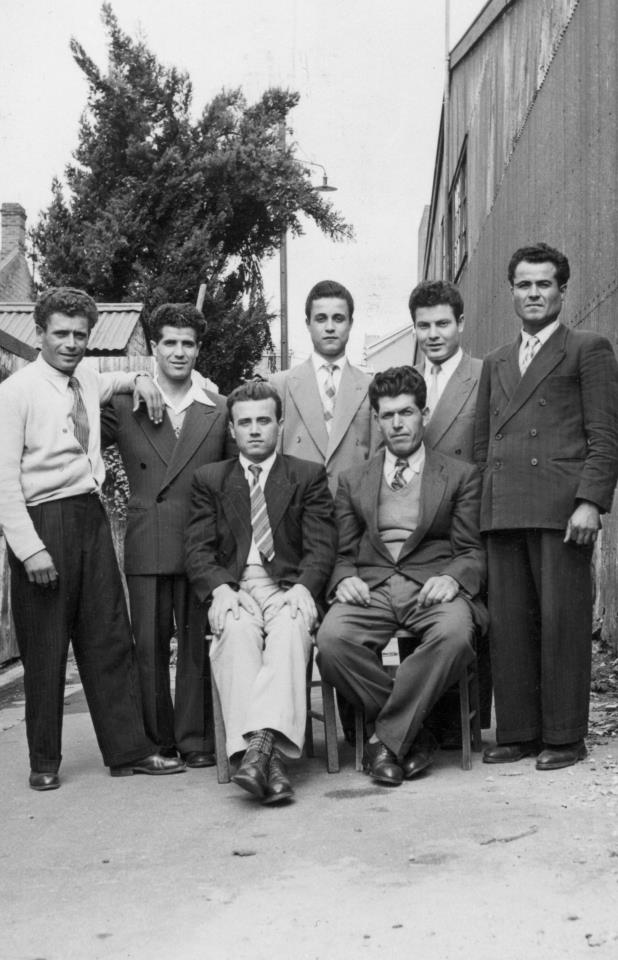 Life goes on in Mesanagros, but sadly, it is depopulated like some of the other villages of Southern Rhodes.

In the first half of the 20th century many young men were forced to to seek a more peaceful life in America and other parts of Europe.

The Post Second World War period also saw a big wave of immigrants from the villages of Southern Rhodes to Australia.

The big tourism boom since the 1970's has lured many rural residents to seek work and business opportunities in the town of Rhodes. 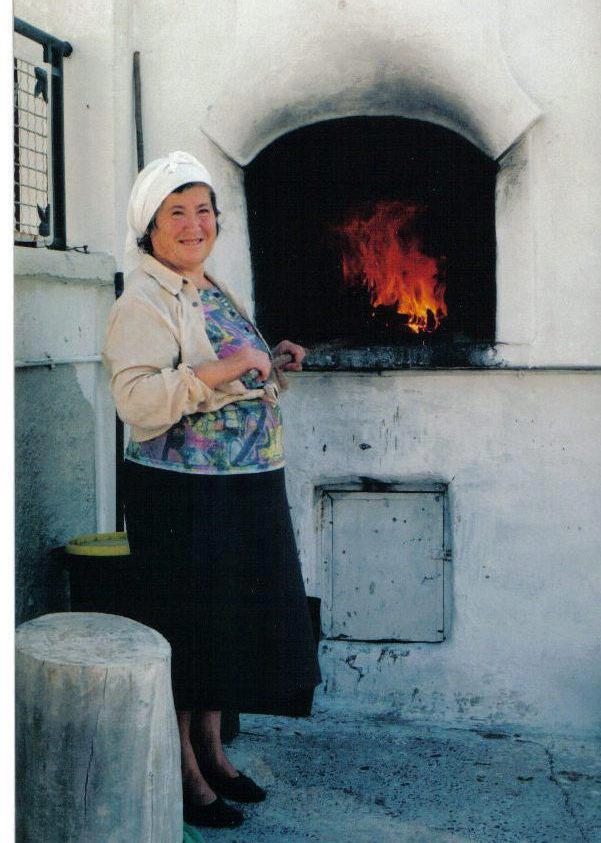 The traditional village woman is proud of her cooking and continue to create and to preserve the wonderful village recipes from generation to generation.

Even those who live and work in the town of Rhodes and those who have migrated to America and Australia, take with them the cooking habits as practiced in the villages by their mothers and grandmothers.

From a very young age, the village girl become creative beside her mother by learning to cook, sew, knit and to embroider her "prika" (dowry).

Through a labor of love, the young village girl created all the functional things needed to furnish and enhance the beauty of her future home after marriage with traditional furnishings and decorations.

They included embroidered and crocheted pieces, bed-covers, pillow cases, beautiful towels and wall coverings, a paploma (quilt) and, garments for all occasions.

In the celebration of a wedding, everybody joins in with the preparations and to participate in the traditional wedding songs and dances.

Village women go to the couple’s future home on the day before the ceremony to make up the marriage bed singing traditional wedding songs that they have composed and throw rice, almonds and money.

On the wedding day, musicians accompany the the bride and groom and all their guests to the Church singing wedding songs.

After the Church ceremony the musicians lead the procession back to the new home where the bride and groom and their parents greet the guests.

Then, the wedding reception takes place in the village square or hall with singing, dancing and feasting until the early hours of the morning.

The day after the wedding, the musicians return to musically walk the newly married couple to breakfast with family and guests continuing the wedding celebrations until the evening. 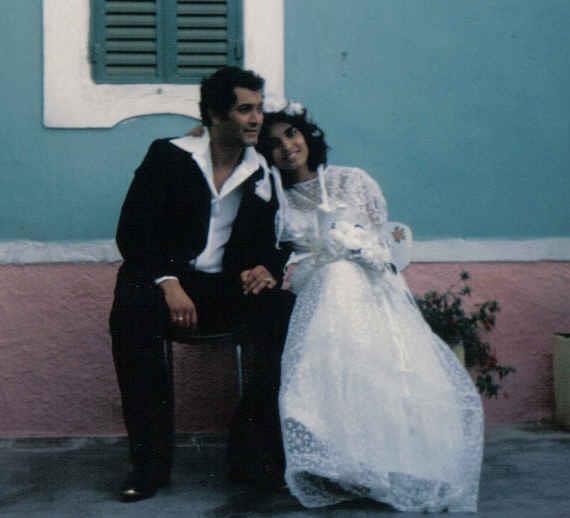 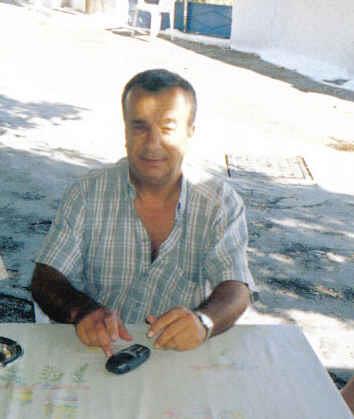 Yianni embodies the values and spirit of Orthodox Christianity and Greek culture.

Through his good works, he helps to preserve, enhance and promote the richness of Southern Rhodes heritage and Orthodox faith.

His blog gives the visitor a wonderful insight to traditional life in Southern Rhodes. 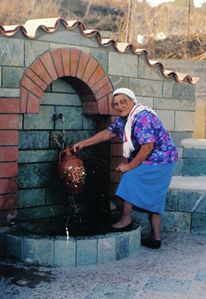 Mesanagros is perched at an altitude of 400 metres and surrounded by the quiet of nature.

Your eyes can look for miles and see so many beautiful things in this wonderful, remote part of the island.

Andrew Papas Niche Articles - Click on the Link Below